The Charleston Rainbows were a minor league baseball team from 1985-93, in 1994, they were rebranded as the Charleston RiverDogs. They were affiliated with the San Diego Padres from 1985-92. At least from 1986-88, they wore tremendous uniforms, v-neck pullover jerseys with rainbow racing stripes on the shoulders and sansabelt baseball pants with rainbow stripes on the waistband. A great look worthy to be called the Ultimate Baseball Look! In 2014, the Charleston RiverDogs wore Charleston Rainbows jerseys to promote LGBT pride, although the original uniforms were not designed with that in mind. Unfortunately, the RiverDogs wore plain, nondescript pants that game. The Rainbows in white in 1986 and red in 1987 as well as the RiverDogs in 2014. 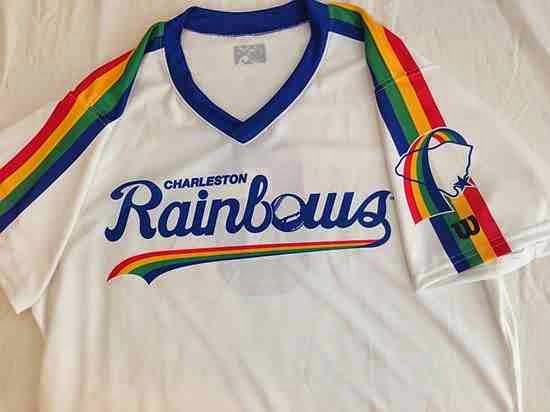 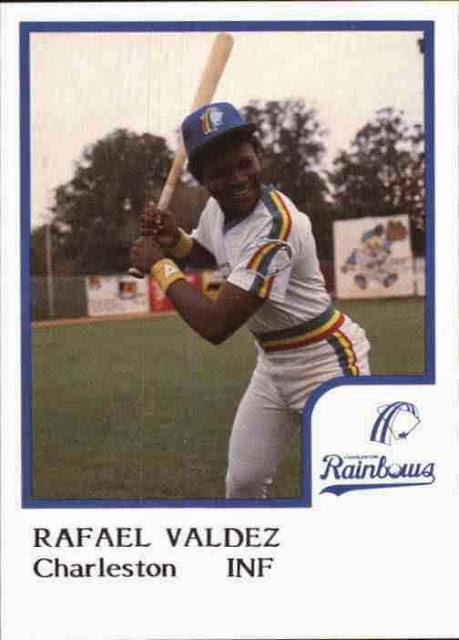 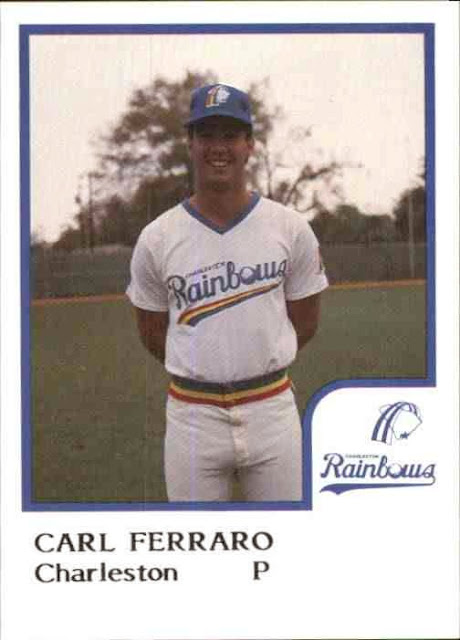 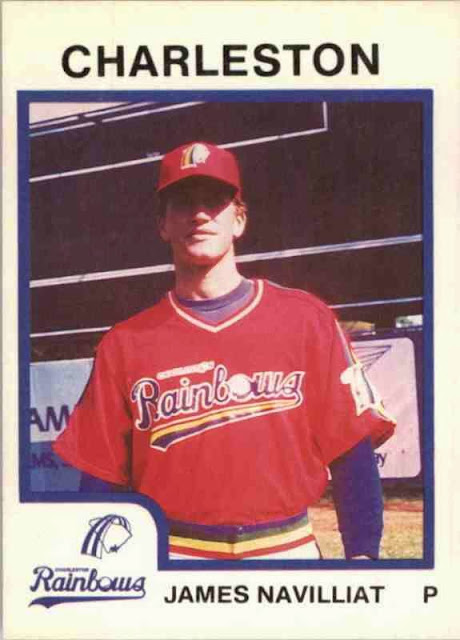 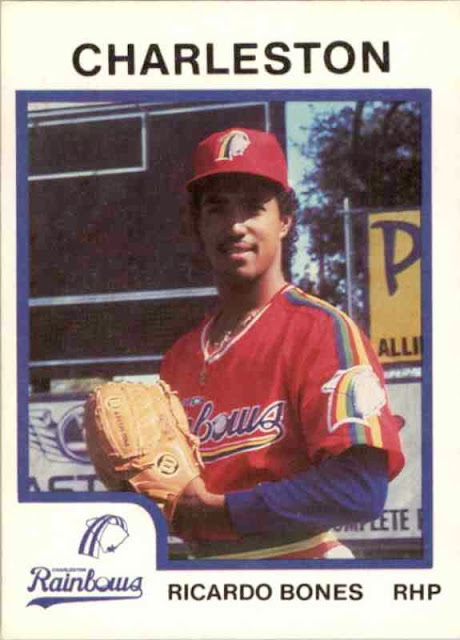 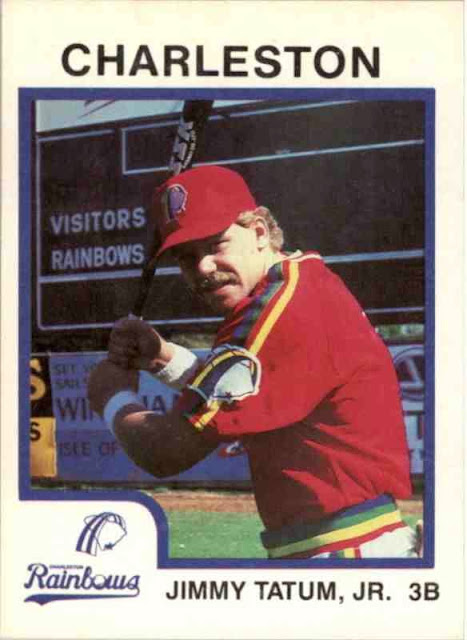 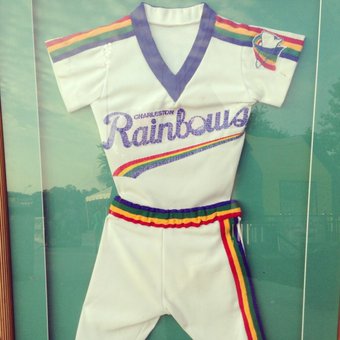 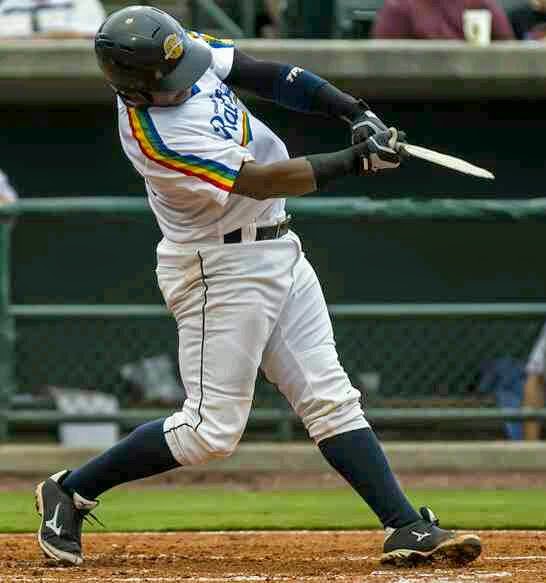