The best uniforms and jackets in the history of the summer collegiate Peninsula Oilers, a baseball team based in Kenai, Alaska. Red v-neck pullover jerseys and sansabelt baseball pants with a striped elasticized waistband. The cap borrows the P logo from the 1970-91 Philadelphia Phillies caps. These pictures were from the summer of 1988, the season Washington State Cougar and future major leaguer John Olerud played for them. The people in the 49th state believe in the Ultimate Baseball Look too! Grow the game. 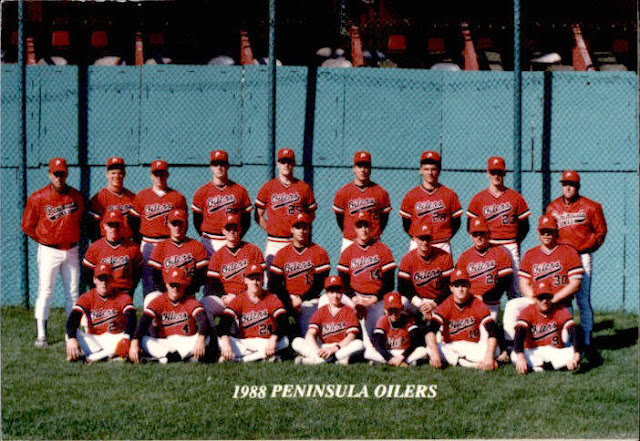 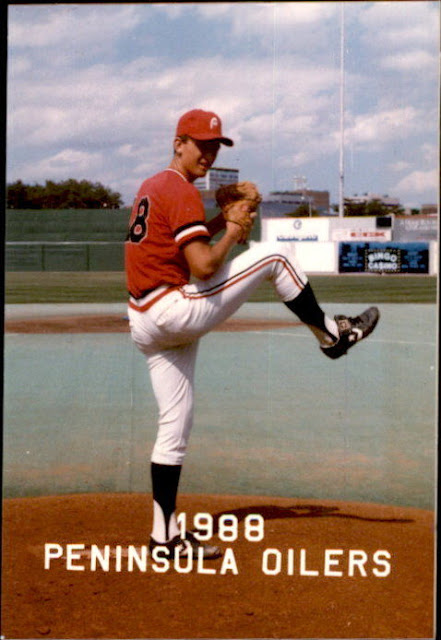 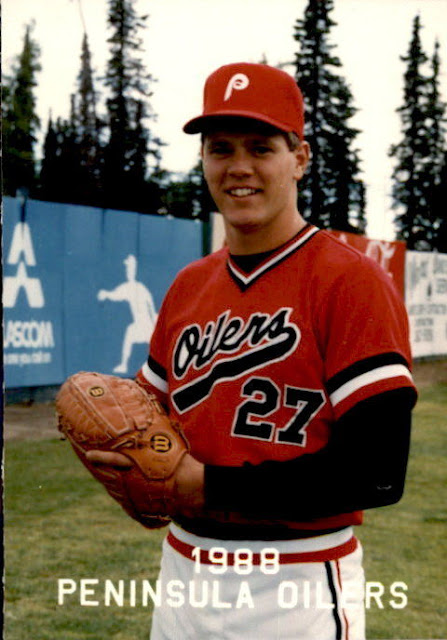 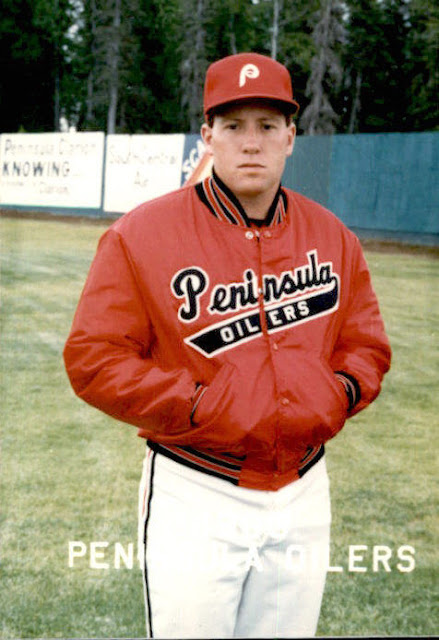 Posted by Phantom Dreamer at 8:11 PM No comments:

On June 24, 2017 at Safeco Field (Kingdome) the Seattle Mariners hosted the Houston Astros in a Turn Back the Clock game. The teams wore the 2017 version of their 1977 uniforms, rainbow uniforms for the Astros and the inaugural trident uniforms for the Mariners. V-neck pullover jerseys and sansabelt baseball pants with elasticized waistbands. The Mariners and Astros also played in a Turn Back the Clock game against each other in 2014. Let's cut to the chase, just like today, the game featured terrible high-cuffed pants and baggy full length "pajama pants" so I'll only include shots from the elasticized waistbands up. These games are becoming such a disappointment because they are so anachronistic. 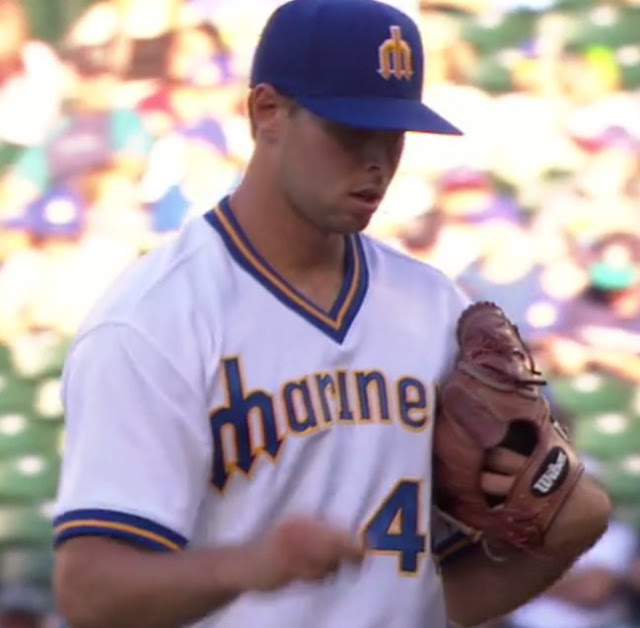 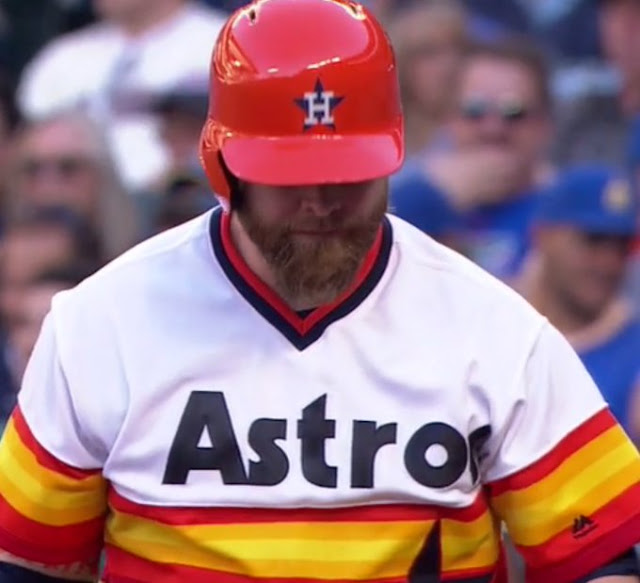 Red Alaska Goldpanners v-neck pullover jersey from 1983. Very classy but not a big fan of combining it with navy blue sansabelt baseball pants with a striped elasticized waistband. Obviously, society is for sansabelt baseball pants, just not navy pants with a red jersey. Grow the game, baseball teams, and only wear pullover jerseys. The fans and players would appreciate it.
On a side note, during this time, the Goldpanners had quite a few future major leaguers on the roster, none more accomplished than Barry Bonds. Bonds, it should be known, never played for the Goldpanners in Fairbanks or Alaska, period. Bonds spent most of the summer of 1983 attending summer school and only played games for the Panners at the NBC tournament in Wichita, Kansas. 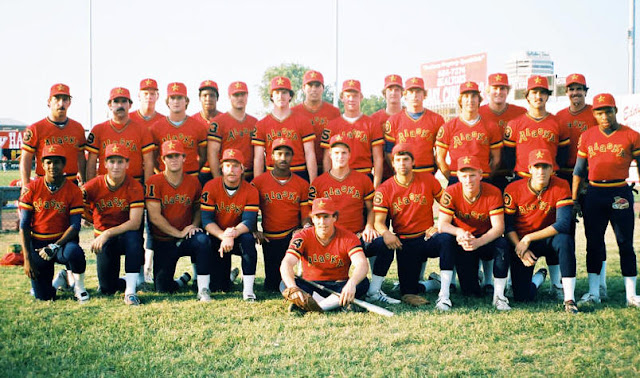 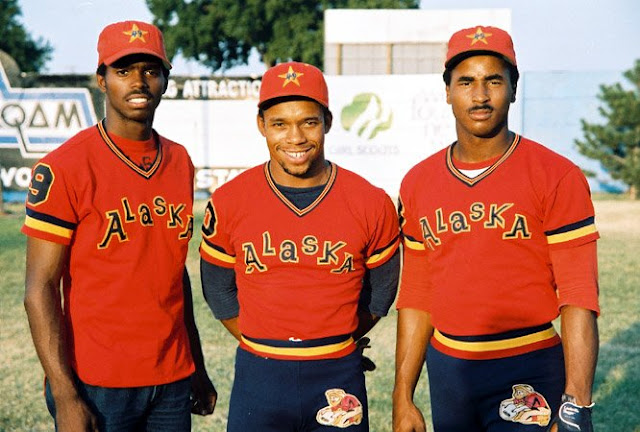 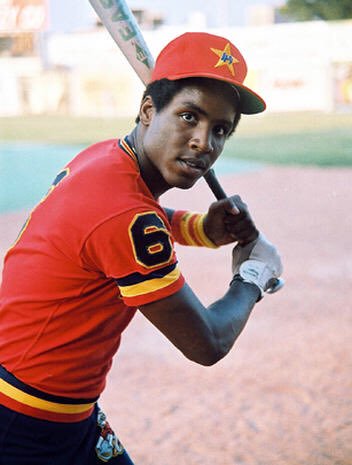 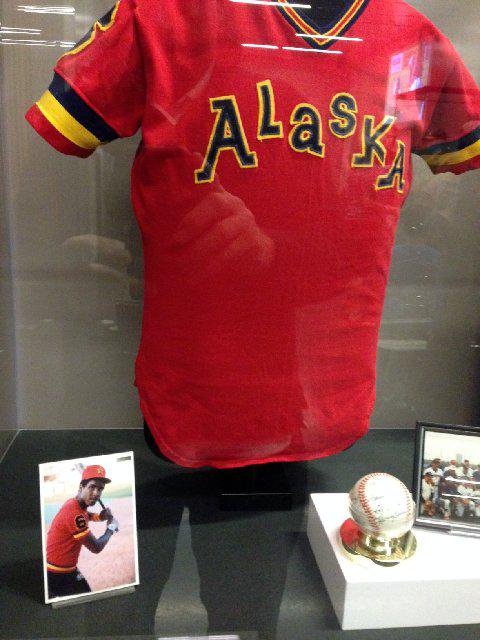 Posted by Phantom Dreamer at 4:01 PM No comments:

Classic El Paso Diablos baseball uniform consisting of a v-neck pullover jersey and baseball pants with a striped elasticized waistband. We know that combination today as the Ultimate Baseball Look. The Golden Age of the Baseball Uniform was and is the best era for baseball aesthetics. The fans want to experience another one so very much! Plus, let's face it, the El Paso Chihuahuas "Diablos Days" doesn't satisfy any rational person's desire to see real, properly fitting uniforms. 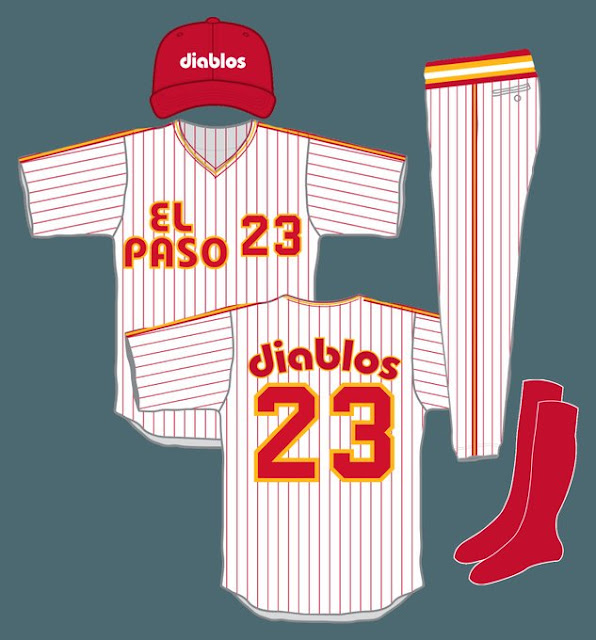 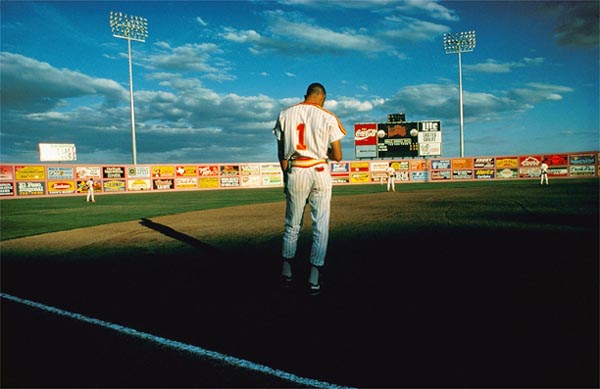 Posted by Phantom Dreamer at 4:26 AM No comments: