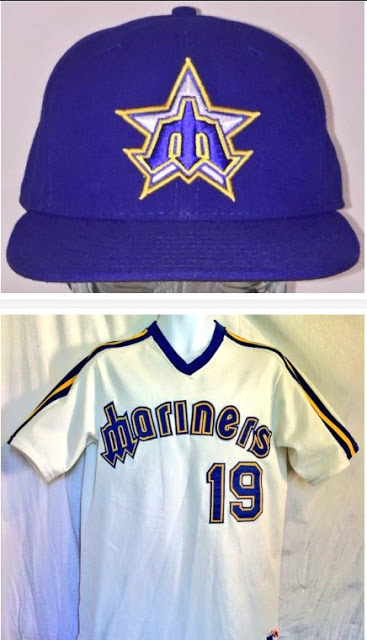 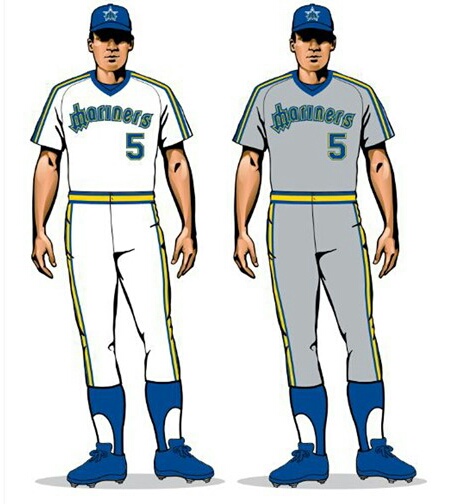 Posted by Phantom Dreamer at 1:01 PM No comments: 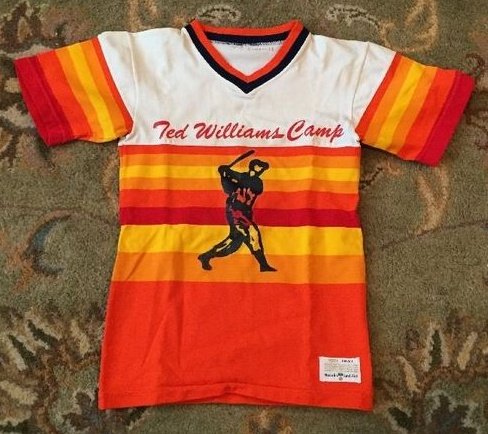 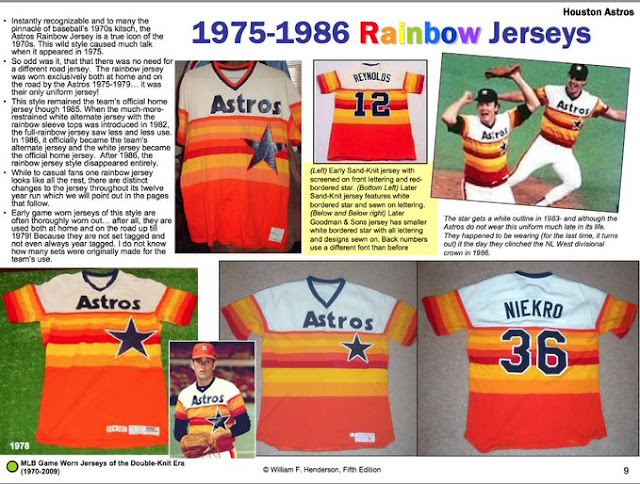 Posted by Phantom Dreamer at 4:45 AM No comments:

Baseball uniform concepts for the Baltimore Orioles, Atlanta Braves and Detroit Tigers by CCSLC user "wdm1219inpenna". They all include v-neck pullover jerseys and sansabelt baseball pants with striped waistbands. I can envision the Orioles wearing the all orange uniform both at home and on the road. I can envision the Braves wearing the blue jersey for all games as well. The Tigers concepts bring the Ultimate Baseball Look to Detroit for the first time ever! The home white uniform with blue and orange trim is a huge improvement and could revitalize a sport that is perceived as old and tired. Another Golden Age of the Baseball Uniform can still happen. Normally Chris Creamer's forum is a forum to avoid if you have any respect for yourself and others, but these concepts have a lot of potential. 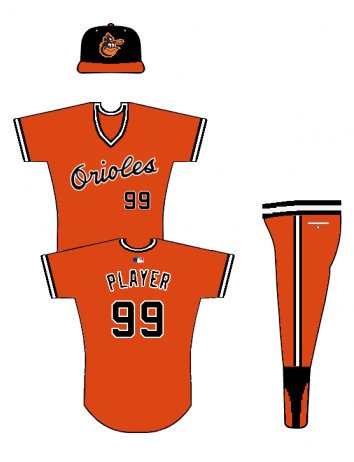 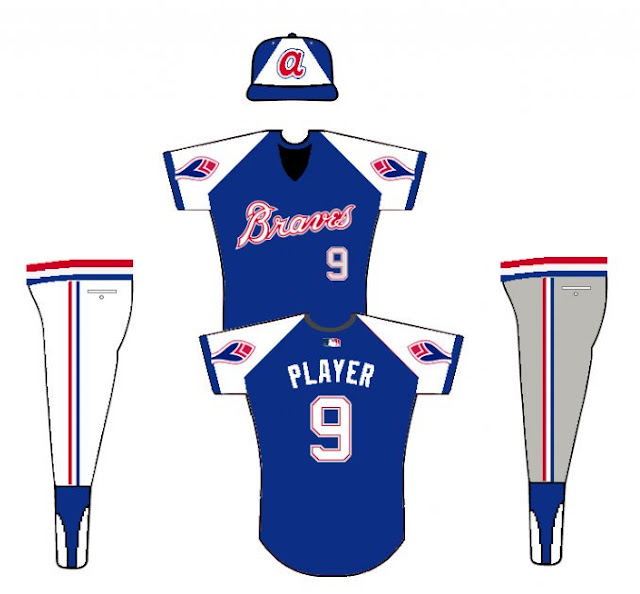 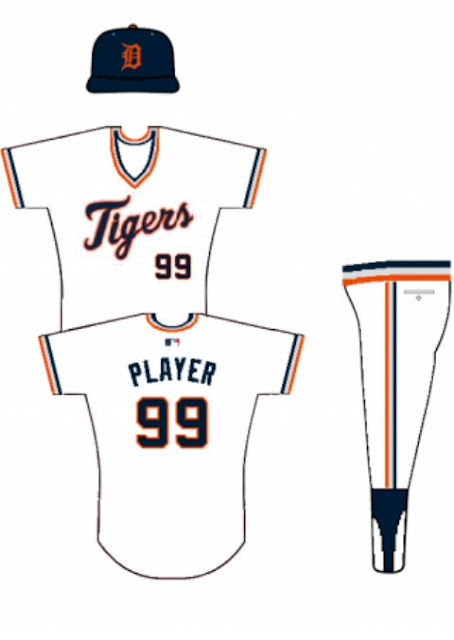 San Diego Padres, Tampa Bay Rays, Arizona Diamondbacks and Miami Marlins baseball uniform concepts designed by a guy named Ben Traxel. These were originally found in a 2009 Uni Watch entry. These were identified as "alternate" uniforms. V-neck pullover jerseys and sansabelt baseball pants with a striped waistbands. I'm intrigued by the Padres version but feel the colors are too similar to the greatest color scheme the Seattle Mariners used and hopefully will use again. 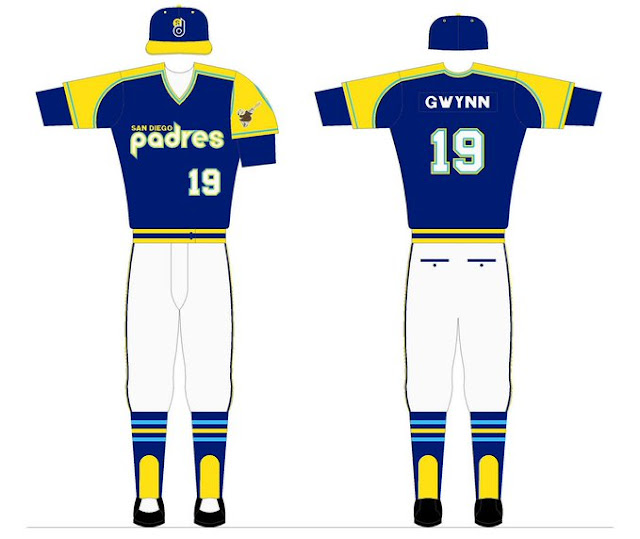 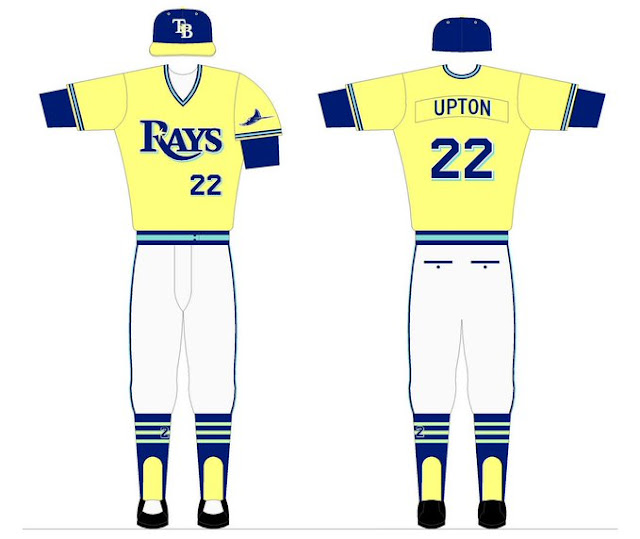 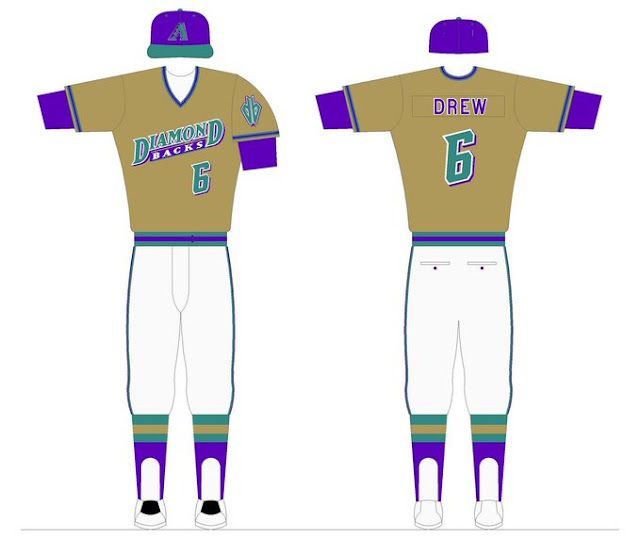 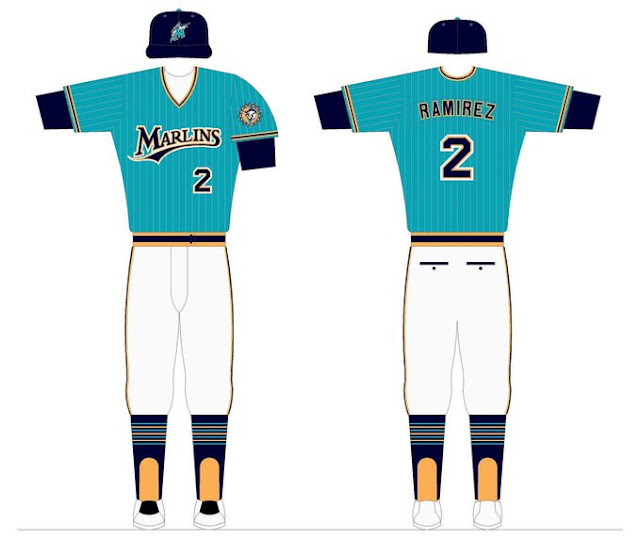 Posted by Phantom Dreamer at 10:23 PM No comments:

The 1981 & 1982 Portland Beavers, while the Triple-A affiliate of the Pittsburgh Pirates, wore black v-neck pullover jerseys and black sansabelt baseball pants with a striped waistband. The red and white trim gave the Beavers a similar color scheme as the Portland Trail Blazers. A few former major leaguers at the end of their playing careers played for the Beavers at this time such as Luis Tiant in 1981 and Willie Horton in both 1981 & 1982. The Ultimate Baseball Look during the Golden Age of the Baseball Uniform. 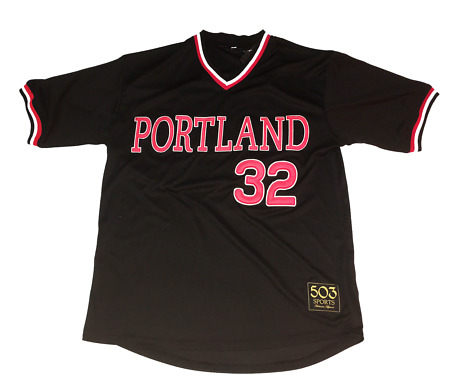 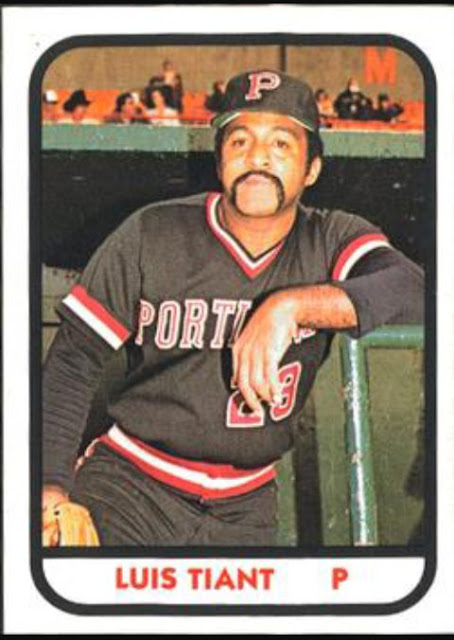 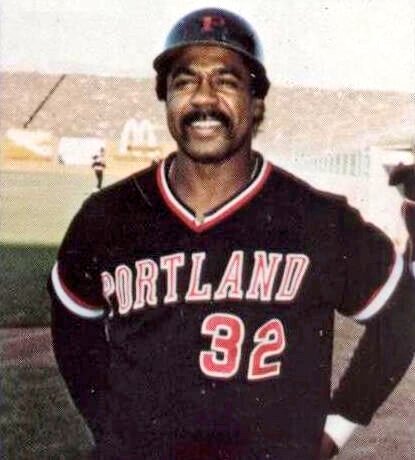 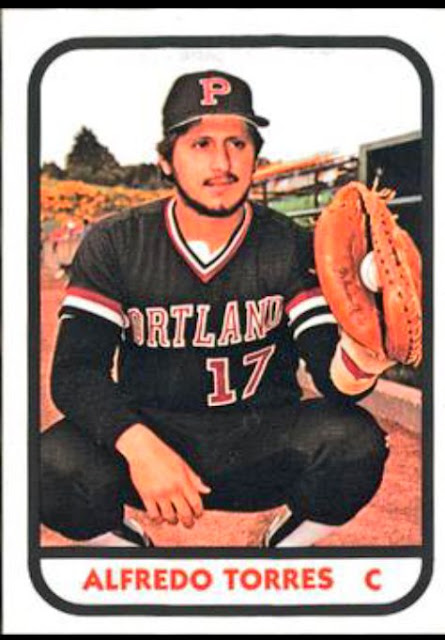 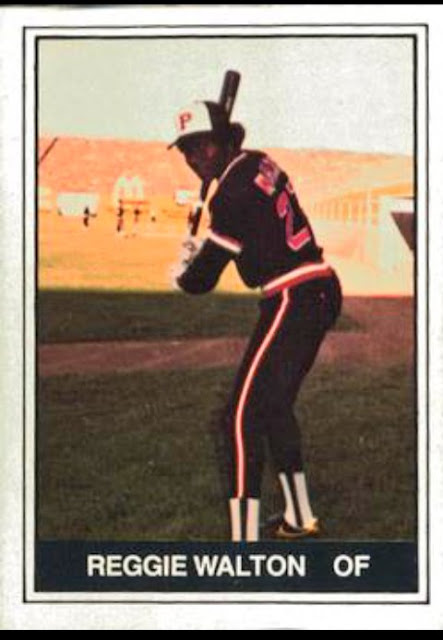 Posted by Phantom Dreamer at 12:02 AM No comments:

The 1984 & 1985 Portland Beavers minor league baseball team had nice uniforms. They were a Triple-A affiliate of the Philadelphia Phillies back then. They wore v-neck pullover jerseys with both pinstripes and racing stripes! The downside is they wore belted baseball pants. 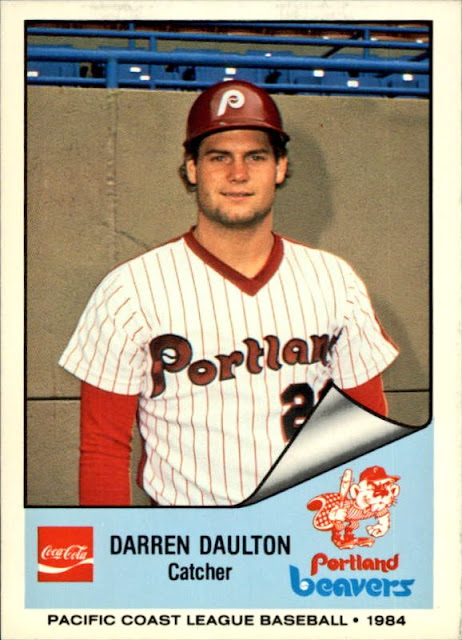 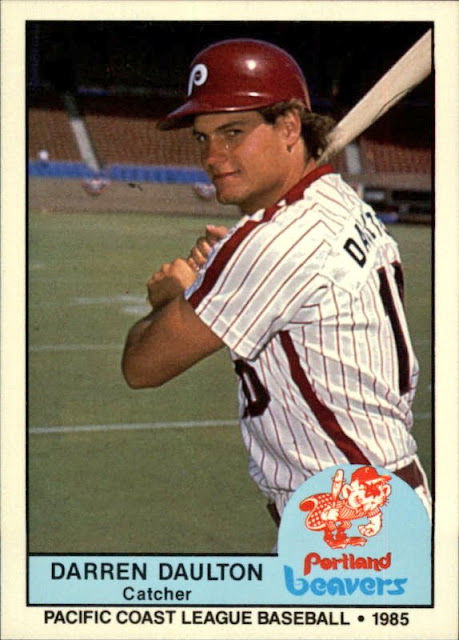 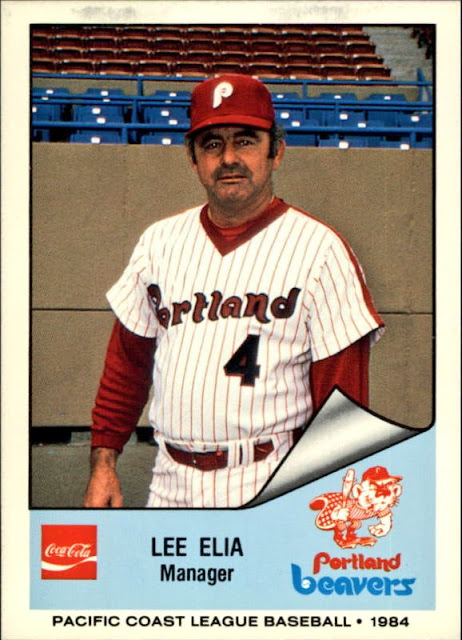 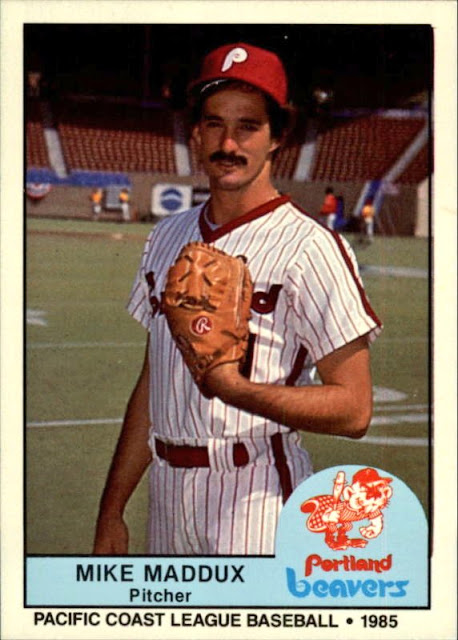 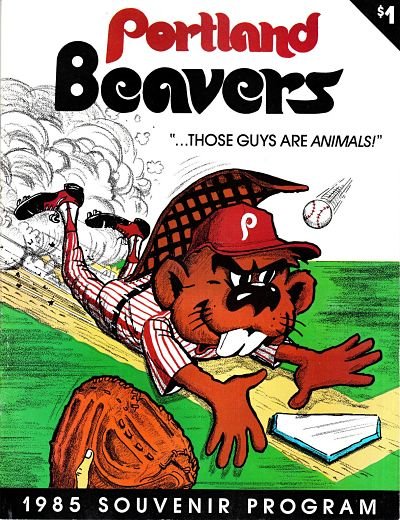 Posted by Phantom Dreamer at 1:59 AM 2 comments:

Well after his playing career had ended, St. Louis Cardinals Hall of Famer Stan Musial became an advocate for real, modern baseball uniforms. When the Cardinals wisely let go of archaic, 19th century, flannel uniforms with that oppressive, heavy, heat stroke inducing fabric and the constricting, clunky belts in 1971 and switched to real athletic wear, pullover jerseys and sansabelt baseball pants with a striped waistband, Musial couldn't resist trying them on. He gloated over Yankees hero Mickey Mantle, who was still clad in the Yankees flannel clown costumes and had some fun with Cardinals player Joe Torre in the button and belt-free freedom the Ultimate Baseball Look provided. 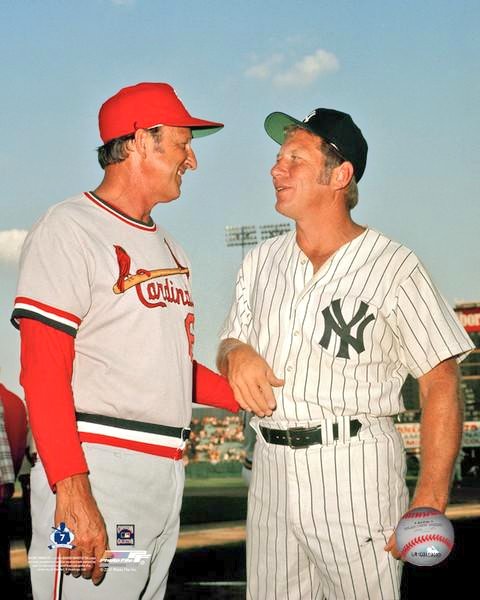 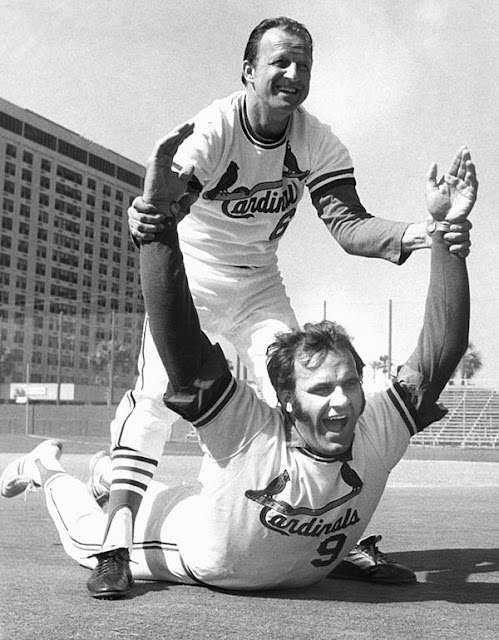 Posted by Phantom Dreamer at 8:13 PM No comments: